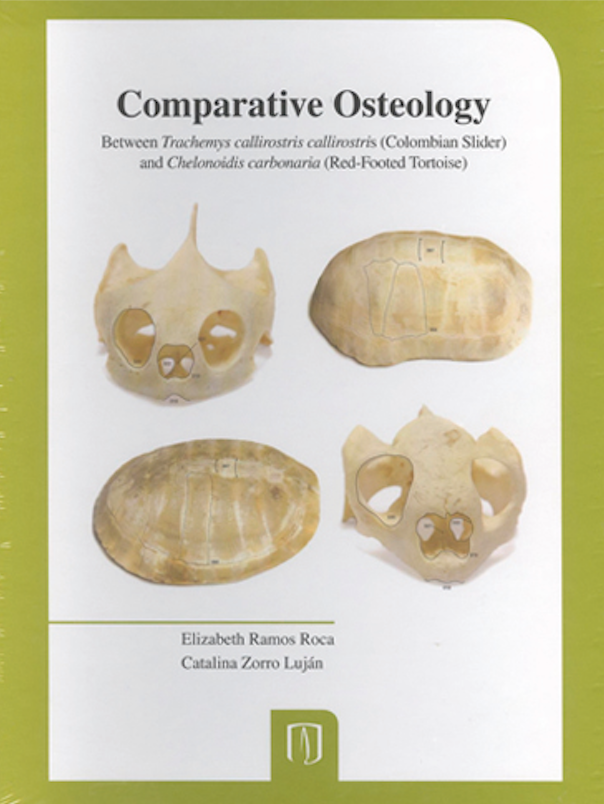 This book is the result of an investigation of the osteology of the turtle (Trachemys callirostris callirostris) and the morrocoya or morrocoy (Chelonoidis carbonaria), motivated by the need to identify at the level of species, multiple fragments of turtles that we recovered in the excavations of the archaeological sites. This level of detail is justified, since only in this way it is possible to derive from such studies valuable information about fundamental aspects for the reconstruction of human trajectories such as the interaction between humans and the environment, different species, biogeographic history, and, in general, the cultural patterns associated with the use or apprpriation of the fauna. The comparative study of bones between the two species of turtles presented here seeks to provide support for zooarchaeological research, while serving as a reference guide for research on the osteology of the reptiles in general, and, therefore, relevant to other fields of knowledge, such as biology.