Last week the U.S. Congress and the President engaged in what The Economist has called “a ludicrously irresponsible bout of fiscal brinksmanship” in which Congress refused to raise the debt ceiling without significant spending cuts to the current budget. Without a vote of approval to raise the debt ceiling, the nation would default and the U.S. Treasury would be unable to meet its financial obligations. The Government came only ten hours short of a major cash flow problem and the first default in U.S. history before a deal was finally reached.

Was this a manufactured crisis?

The impasse over the debt ceiling and more specifically, a mounting deficit, has been brewing for months. While the U.S. has been struggling with a deep recession and structural problems typical of mature economies, the events of last week revealed more than anything, the crisis in governance that currently plagues the nation. In short, it was not the U.S. ability to pay its debt but the willingness of Congressional members, most particularly leading Republicans such as John Boehner and Paul Ryan, who were refusing to pay the costs of programs that they had, in several cases, drafted and authorized. In the end, the Republicans negotiated for steep spending cuts and a balanced budget amendment in exchange for raising the debt ceiling. Democrats offered $3 trillion in cuts to entitlement spending and the Republicans would not consider raising revenues, nearly $2 trillion was cut from spending and the measure passed.

Debt ceilings have been raised nearly three dozen times in the past 30 years by Congress, and Presidents have often needed the support of their parties to get them passed. But it is difficult to explain why Republican leadership in Congress would damage the credibility of the U.S. by allowing it to default on debt obligations that were largely racked up in the last decade under their leadership. More frightening is that several leaders of the Tea Party movement and the Republican Party leadership were asserting that a potential default was meaningless. Michelle Bachmann argued that a default would not damage U.S. credibility and held no significant threat. Mitt Romney came out against the bill only hours before it was passed. As a political analyst asked on “how do you negotiate with people who are happy to cut the baby in half? Who are the adults left in the room?”

The impasse of the past weeks reflects a perennial struggle between Congress and the President for control over the government, an ideological conflict about the purpose of government itself, that is now playing out in the influence of the Tea Party, and the challenge of conducting governmental business within a Constitutional framework that, by design, was intended to make it difficult to get anything done. The ideological struggle at the heart of this crisis concerns the role of government, and whether it should have an active role in people´s lives. The Tea Party is advocating for a return to limited government, ergo their desire for cutting spending and a refusal to raise revenues. This originally bipartisan group arose out of anger over the level of federal spending. Their impetus, strangely enough, can be traced to the mobilization of Wall Street financiers against both Bush and Obama´s support for bailing out their victims — people who were at risk of losing their homes because they had purchased high risk mortgages. The Tea Party has gathered momentum by mobilizing members of the middle- and working-class who are legitimately frustrated with ineptitude of government. What is more difficult to comprehend is why this ideologically driven group is fighting vociferously for less for themselves — less health care, less education, less social welfare, and bizarrely, fewer taxes for the wealthy.

In contrast, President Obama and some political analysts have argued that balancing the budget solely through tax cuts will damage the most vulnerable citizens. Obama has renewed the Bush tax cuts for the U.S. public but has also argued that revenue must be generated to balance the budget, noting that taxation of wealthy “is at its lowest level in half a century.” Joseph Stiglitz was quoted in The Guardian, “in the past 10 years the income of the top 1% has risen by 18% while that of the blue collar male has fallen by 12%.” Moderate Republicans that represent the party of a generation past, such as former Senator Alan Simpson, have argued for a more equitable and fiscally responsible approach to the budget. Simpson said that with current proposals “the little guy is going to get cremated.” 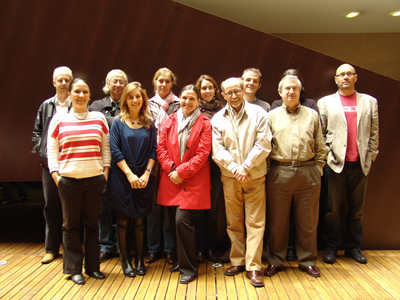