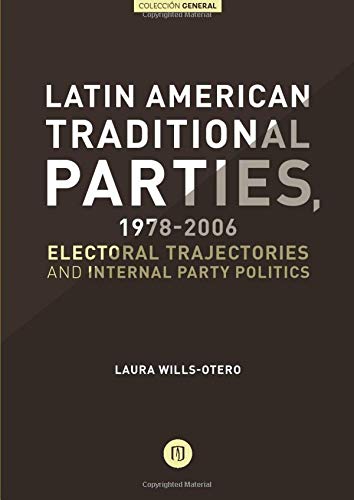 Parties are the major actors of political representation in democracies. They have been acknowledged repeatedly as the critical link between voters, representatives and guarantors of democratic governance. Without them, a democracy can hardly be said to exist because they are the principal links between government and society. However, parties can lose their representative capacity, and be challenged by disaffected electorates that pursue other alternatives for political involvement. This book focuses upon the electoral weakening of Latin America’s traditional parties. These parties suffered electoral declines because, amoung other reasons, they accumulated a history of poor economic performance and of unresolved representational shortcomings. Parties that had been key actors in the establishment and consolidation of new democratic regimes failed to adequately perform in the economic and political realms during the first years after transitions from dictatorships. Although debilitated, many traditional parties in Latin American democracies remain today as central actors that shape political processes. Others in fact have disappeared. They study and analysis of the electoral and internal dynamics of parties that survive and those that disappear, in particular in the presence of environmental challenges, sheds new light on the factors that explain the different possible outcomes. The question that guides the book is the following: are some parties better suited to respond to economic, political and social challenges? The answer is affirmative. It states that the internal structure of parties matters. It mediates the effects that environmental challenges cause on parties. Some structure are less suitable to efficiently respond to those difficulties, while others allow parties to adapt and survive in new contexts.

The Subnational Political Economy of Armed Conflict and Crime in Colombia