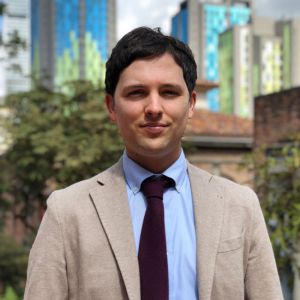 The recent electoral successes of politicians espousing populist rhetoric in a number of countries across the globe, including Brazil, the Philippines, Italy, and the United States, speak to the importance of populism on a global scale. Over the last two decades, this rising international populist wave has inspired a resurgence of interest in this topic within the discipline of political science.

In exploring this expanding literature, this course will seek to answer the following questions: what is populism? When and why has it emerged historically? And how can we explain its variation across time and space? Moreover, what are the main implications or consequences of populism’s presence in different political and historical contexts? Specifically, what is this phenomenon’s relationship with liberal democracy? Is populism, as it has so often recently been depicted, a negative force, which poses an existential threat to democracy as we know it? Or can populism, under certain conditions, act as an important corrective, which effectively renews and deepens ailing democracies, by providing citizens with new and more direct channels through which to participate politically within their societies?

In answering these questions, this course will be divided into three parts.  In part I, we will explore the debates surrounding the definition and theory of the phenomenon of populism, examining the different theoretical approaches that have been used to understand this concept.  In this section, we will ask: does populism refer to a thin-centered ideology, a type of political strategy, a discursive frame or a political style or logic?  In part II, we will shift our focus to a consideration of the causes of populism, examining its historical origins and development in a global, comparative perspective (i.e. looking at examples of populism past and present, from Latin America, the United States, Europe, Asia and Africa).  In part III, we conclude the course with an examination of the consequences/implications of populists in power and consider the future of populism.  In this section of the course, we will reflect primarily on the relationship between populism and liberal democracy.