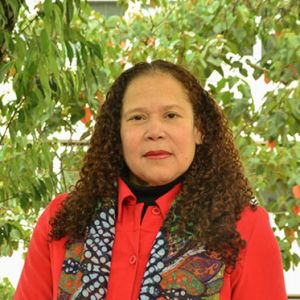 Universal history estimates that approximately 20 million African slaves were brought to North, South America and the Caribbean as free goods and labor force for the development of emerging colonies between the 16th and the 19th centuries. Likewise, it is unofficially estimated that a similar figure perished during the bloody days of capture, transportation and forced labor in mines and plantations; the historical archive records infrahuman punishments that, generally, led to death and executions through lynching, hanging and burning. Slavery in America started in 1619, when a Dutch ship brought 20 African slaves ashore in the British colony of Jamestown, Virginia. After two centuries, the United States of America represented “The Peculiar Institution” with the highest percentage of slave trade and slave owning in the South.

However, slave resistance to pursue freedom and the construction of an own cultural and social identity has been particularly recorded in a series of artistic manifestations among which it is worth highlighting the narrative work, which has aimed to be the voice of those silenced by an hegemonic system. Black Voices, Black Identity in USA Narratives aims to examine the literary contributions made by slaves and African Americans to narrative as one of the strongest evidences of the appropriation of a voice and the conformation of an own identity within the North American culture. With a corpus of narrative texts (e.g, letters, diaries, autobiographies, essays, novels) ranging from slavery, Civil War, post war or Reconstruction, the period of struggle for Civil Rights, up to the consolidation of an own “centered” (vs. peripheral) space and a sense of social belonging, this course intends to analyze common features of these emerging voices and the mechanisms through which they claimed their identity position and consolidated their citizenship in a social system that excluded them from the pre-established social design.

Black Voices, Black Identity in USA Narratives is a 16-week English language seminar aiming at improving and consolidating intermediate high and/or advanced (B2-C1) English language communicative skills. Besides full content analysis of African American literature (selected materials), the course pursues the principles of Extensive Reading (ER) and the Reading Approach. When learners read extensively, they read easily and enjoy texts to build their reading speed and fluency. Students train their reading skills to their maximum, by actually developing in-depth understanding rather than only examining texts by studying the vocabulary, grammar and phrases. Also, ER builds vocabulary-in-use, since they meet thousands of words and lexical patterns that are not taught in textbooks. It allows the learner to develop an awareness of collocations (common word partnerships) and thousands of lexical phrases. ER also provides opportunities to see grammar in context, so learners can deepen their understanding of how grammar is really used. In Black Voices, Black Identity in USA Narratives, reading becomes important because it is an active skill which involves inferencing, guessing, predicting etc. By reading, students will know about culture and diversity through cross cultural, intercultural understanding. In the framework of a reading approach, ER helps learners build confidence and motivation which makes the learner a more effective user of language.

Por: Sonjah Stanley Niaah, Senior Lecturer, Institute of Caribbean Studies of the University of the West Indies at Mona, Jamaica