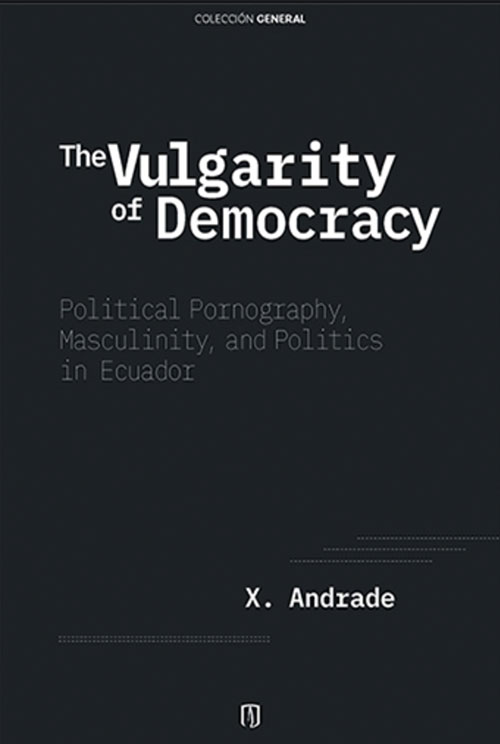 The Vulgarity of Democracy. Political, Pornography, Masculinity, and Politics in Ecuador

The Vulgarity of Democracy explores key aesthetics and affective aspects of democracy via a visual ethnographic exploration of political pornography and the public uses of machismo to construct agendas for popular redemption in Guayaquil, Ecuador, during the 1980s. This period was the beginning of a highly conflictive social process as a result of the imposition of neoliberal policies. Its focus is on the life and work of Pancho Jaime (1946-1989), the most controversial and widely known rock promoter and independent journalist. Between 1984 and his assassination in 1989, Jaime’s underground publications used in-depth investigation as well as gossip, pornographic cartoons, and obscene language to comment on democracy and the corruption of political elites. Jaime’s strategy was to denounce the conduct of powerful figures in public office, and caricaturize their deformed bodies as indexes of their supposedly “deviant” sexuality. Following contemporary and comparative discussions on the political economy of images, and the materiality of image-objects, X. Andrade analyzes the production, circulation, and consumption of Pancho Jaime’s political magazines, audience responses to grotesque visual and aggressive textual discourses, and the effects of revealing public secrets about popular understandings of politics.